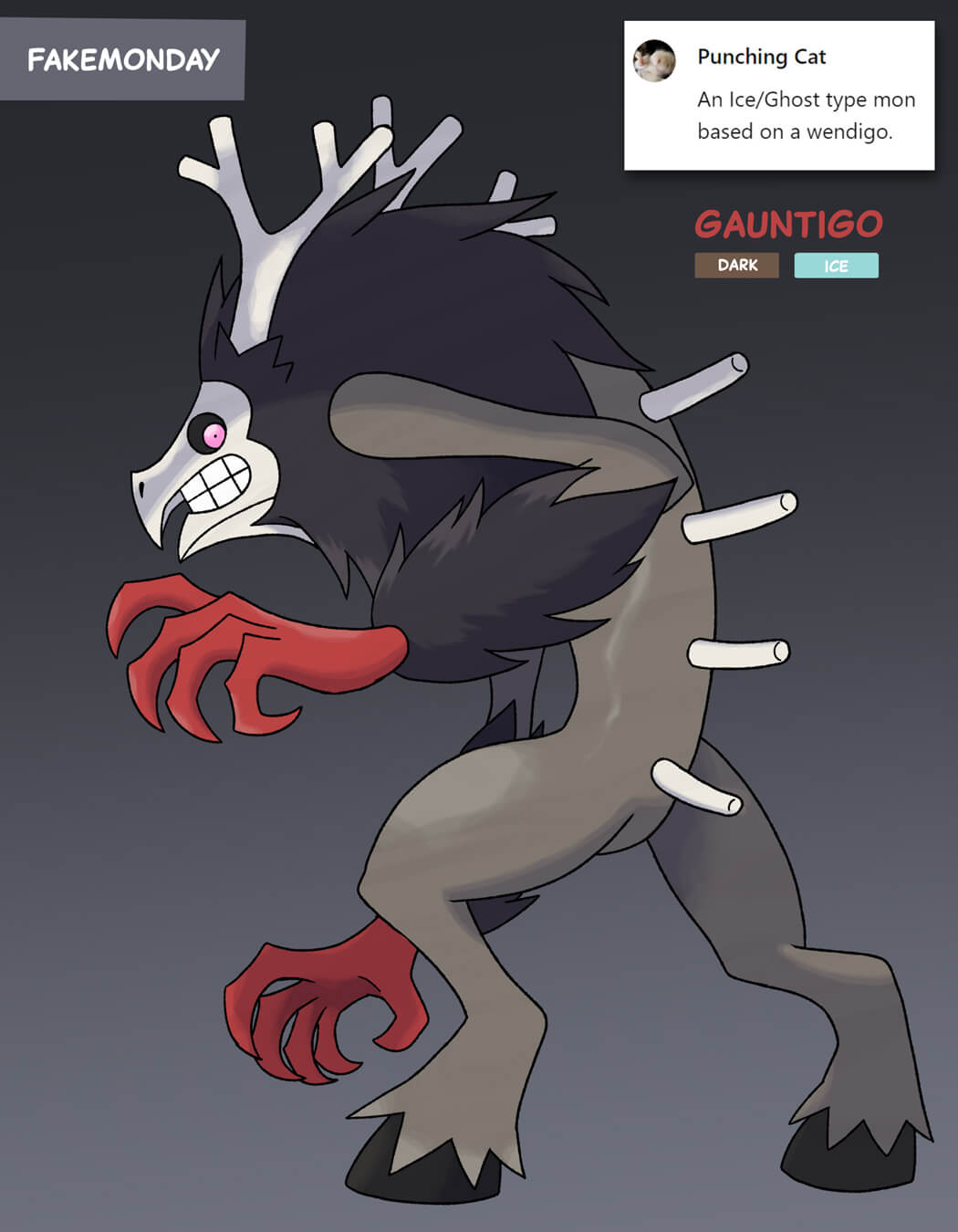 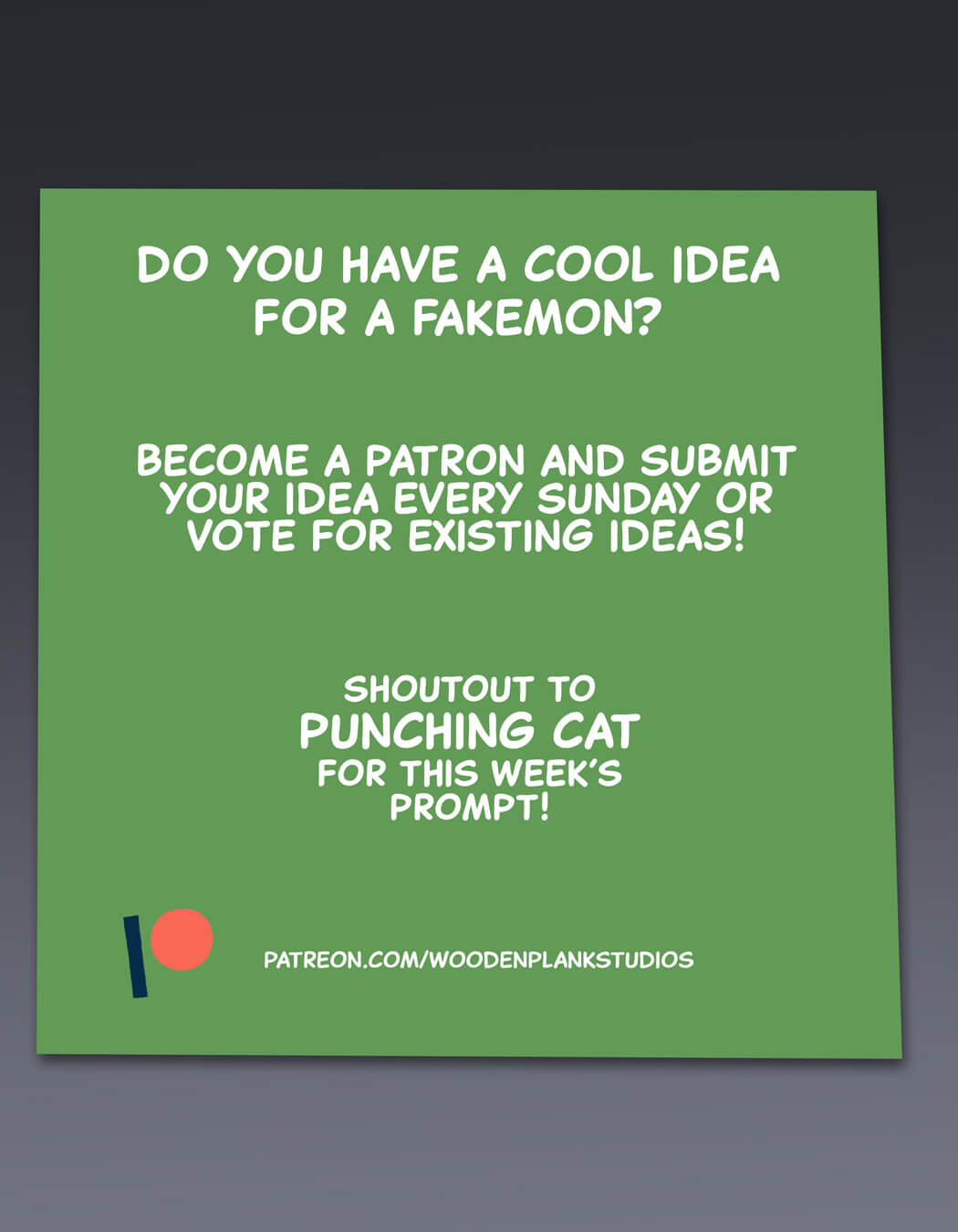 I was recently made aware of the fact that some people from indigenous tribes are tired of a creature from their folklore/mythology being used by people outside of their culture, but I also had a hard time denying everyone who voted for a Wendigo Pokémon in the polls after being in the running for long, so I really hope this isn’t offensive to anyone. If it is, I humbly apologize!!

Patrons can submit prompts for Fake Monday by commenting on the prompt-post I put up every Sunday, as well as voting in the poll of existing ideas! So if you want to submit your ideas for fake Pokémon, become a Patron!

THIS FIELD DOES NOTHING!

We’re Wooden Plank Studios! We’re a small-ish Dutch creative studio. You probably know us because you’ve seen one of our weekly webcomics somewhere on the web. If you wanna see more, you’ve come to the right place! Every single comic we’ve ever made can be found under “Comics”. You can also vote on every Tuesday Chooseday right here. If you wanna know more about us, check out the About page.

If you like our work and want to help to keep the place running, consider supporting us on Patreon! In exchange, you can get access to bonus panels, progress pictures, the Hidden Details blog, our Discord server and other cool insider-stuff!