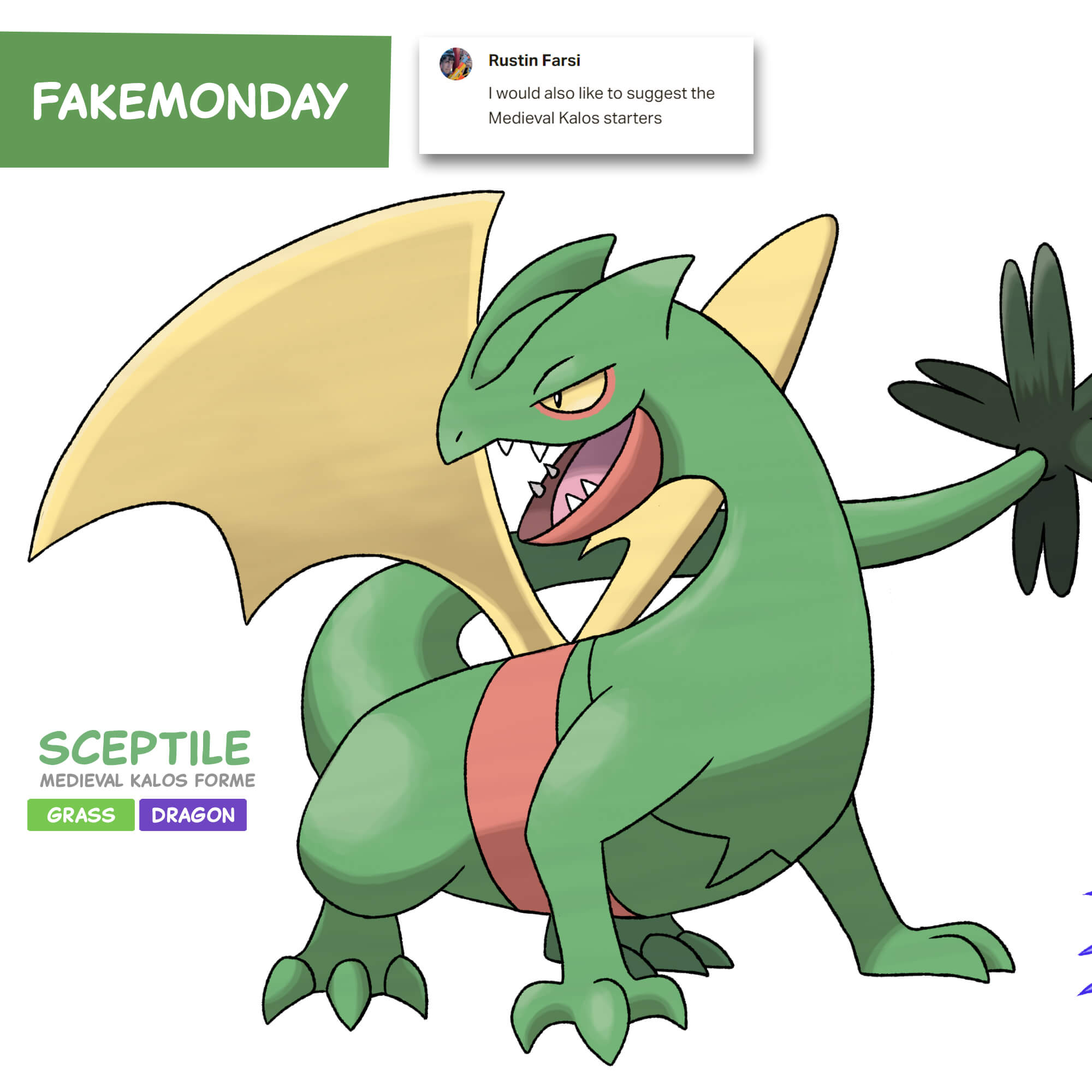 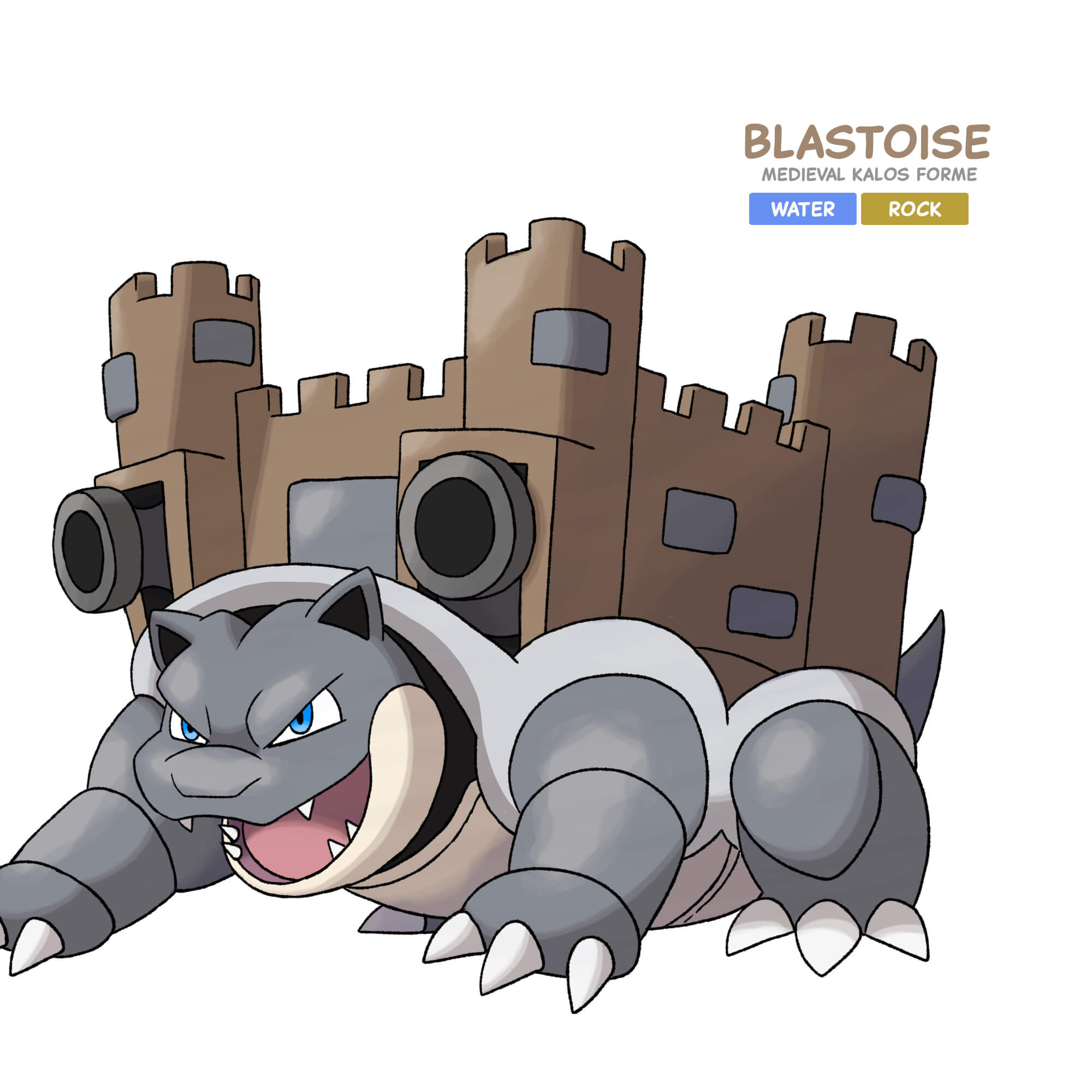 Back in January I did a Tuesday Chooseday that featured two concepts for Pokémon games: one taking place in medieval Kalos and one in Wild West Unova. These are the fictional starters I’d love to see in a “Pokémon Legends Zygarde”! Sceptile is based on a European dragon (and also on Salamence… maybe they share a common ancestor?), Delphox on a witch and Blastoise on a medieval castle!

Patrons can submit prompts for Fake Monday by commenting on the prompt-post I put up every Sunday, as well as voting in the poll of existing ideas! So if you want to submit your ideas for fake Pokémon, become a Patron!