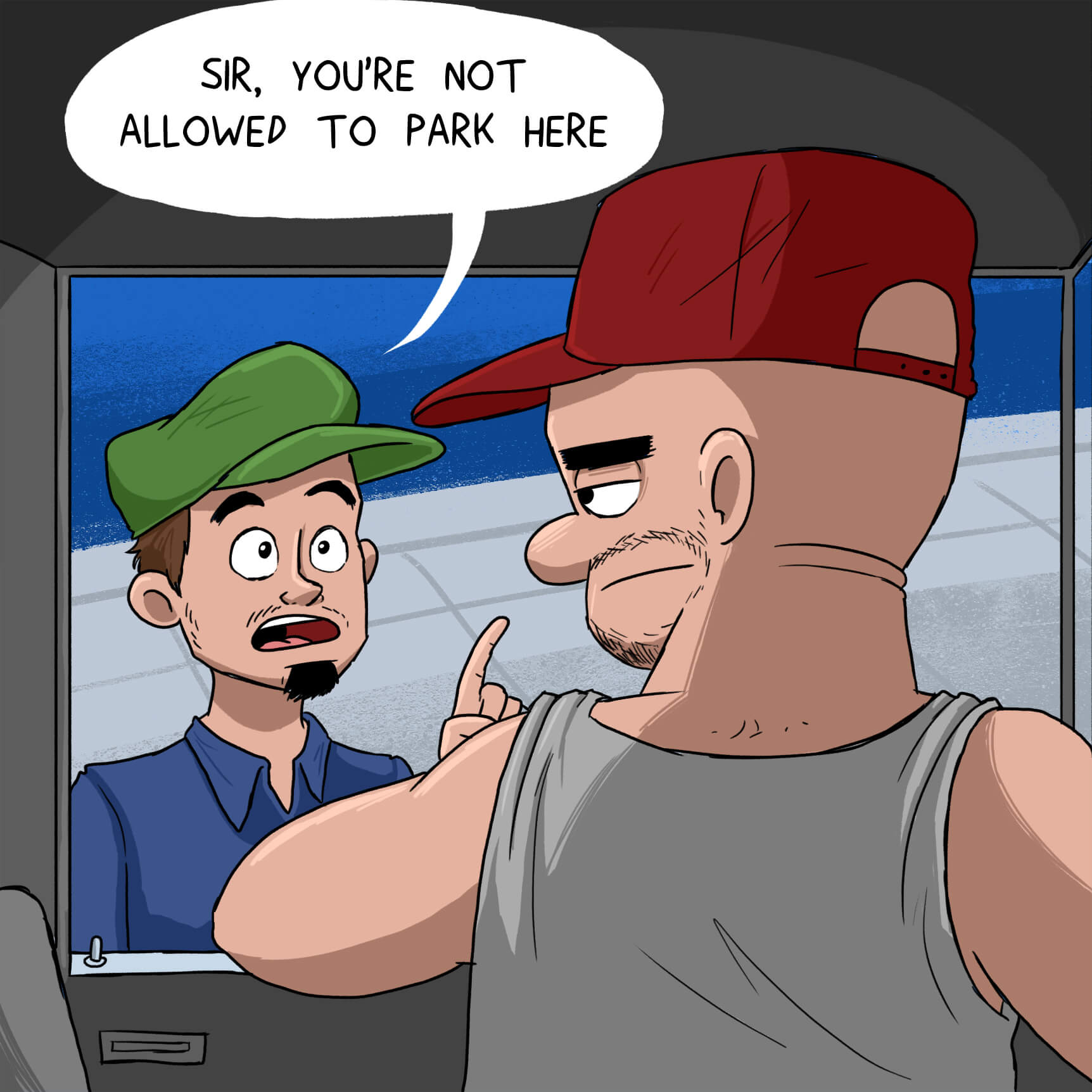 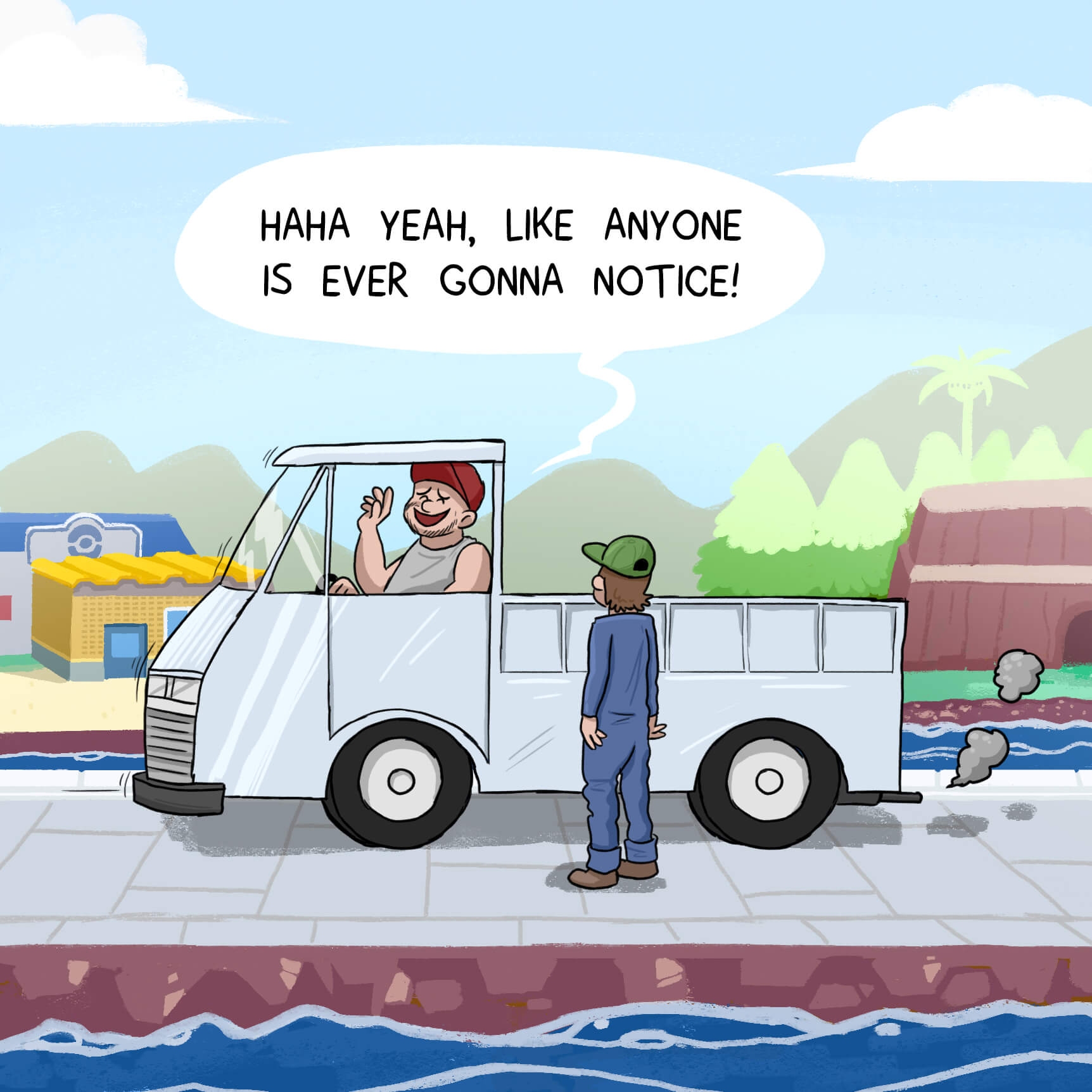 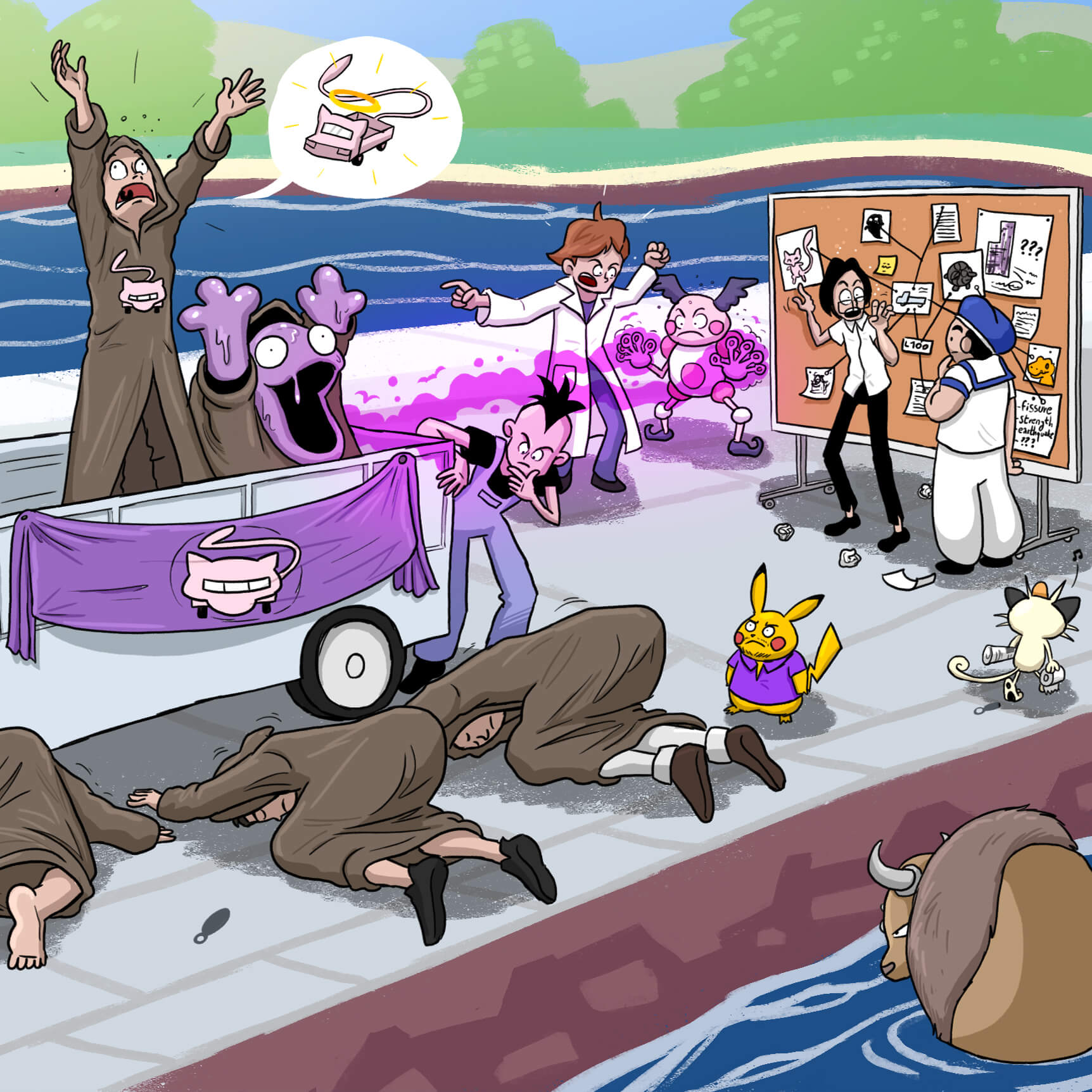 You wouldn’t believe the theories surrounding that truck in middle school! I distinctly remember an “official” Pokémon magazine that claimed you had to bring a lv. 100 Golem with Fissure, Earthquake, Strenght and a fourth move I don’t remember. That Golem would be able to move the truck and reveal some footsteps. If you’d step into those footsteps, you’d be transported to the pond/fountain in the Silph Co. lobby, where you could catch Mew. Almost as ridiculous as the “press A 50 times after catching Mewtwo to catch Mew”-theory.